Land of the river and whispering wind Sweet rice and plenty of fish / Where the sun rises to the sound of hundred birds / And the evenings resonate to the music of cymbals and kirtans.Sanjay Ghose

Majuli is not the world's largest river island. However, biologically as well as culturally it is the richest of all river islands in the world. Situated in the midstream of the Brahmaputra river in eastern Assam, with an area slightly larger than Singapore—or, 880 km²—the island is famous for Neo-Vaishnavite culture which it nourishes since the time of Sankardev (1449-1568), founder of Neo-Vaishnavism movement. In fact, it is the mecca for Neo-Vaishnavism followers and monks (bhakats) who live in monasteries (Satra) and worship the Supreme God of Hindu—Lord Vishnu.

Needless to say, Satras play an important role in Neo-Vaishnavism culture. Satras not only facilitate devotees of God to live in the premises, but to understand the true meaning of God and to spread His message to the world, devotees can perform various religious rituals by participating in cultural and artistic activities, such as playing drama (bhaona) and performing sattriya dance. Today, there are at least 36 Satras in Majuli and most of them are as old as Neo-Vaishnavism itself. Many Satras were established by Sankardev himself and one among them—the Bhogpur Satra which was built in 1528—may still be seen here. Unfortunately, half of the total satras of Majuli has been destroyed by floods over the last several decades. Each year floods wreak havoc in Majuli and cause great damage to the island. Since 1950, the island has lost more than 400 km² of its total land area to the Brahmaputra river. Many people have lost their lives and homes as well as monks have lost their satras and birds their wetlands. Efforts are currently under way to save the island but all were proved to be fruitless in the past. If proper measures will not be taken to save the island, it could be disappear within the next half century.

The island supports a variety of birds, fishes, reptiles, amphibians and many species of aquatic animals and plants. More than 250 species of birds have been recorded in the island. In winter, many species of migrant birds visit Majuli and its surrounding areas. Some of the famous winter migrants are— Spot-billed pelican (Pelecanus philippensis), Northern pintail (Anas acuta), Northern shoveller (Anas clypeata), garganey (Anas querquedula), gadwall (Anas strepera), falcated teal (Anas falcata), ruddy shelduck (Tadorna ferruginea), Bar-headed geese (Anser indicus), greylag geese (Anas anser), common crane (Grus grus) etc. A great many endangered birds have also been recorded from the island, some of which nest here— lesser adjutant stork (Leptoptilos javanicus), slender-billed vulture (Gyps tenuirostris) and white-backed vulture (Gyps bengalensis) are a few among them. Pallas's Fish-Eagle (Haliaeetus leucoryphus) has also been seen here nesting but they are not very common. Some other highly endangered birds from the island are— swamp francolin (Francolinus gularis), Bengal florican (Houbaropsis bengalensis) and greater adjutant stork (Leptoptilos dubius).(Information on birds has obtained from Birdlife International)

Images of satras, rivers and wetlands from Majuli 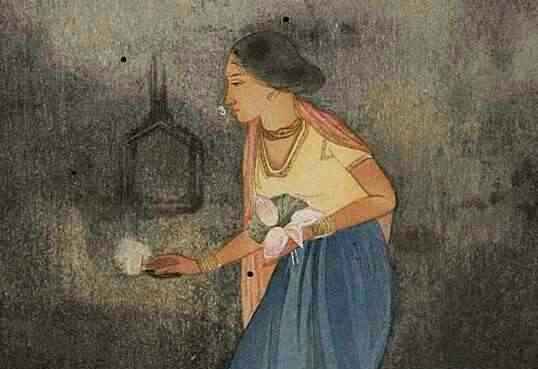 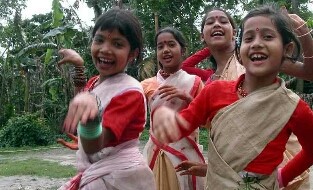