Mithu Das says that it was his father, a Silchar-born Shylet Bengali, who inspired him to learn Assamese language. 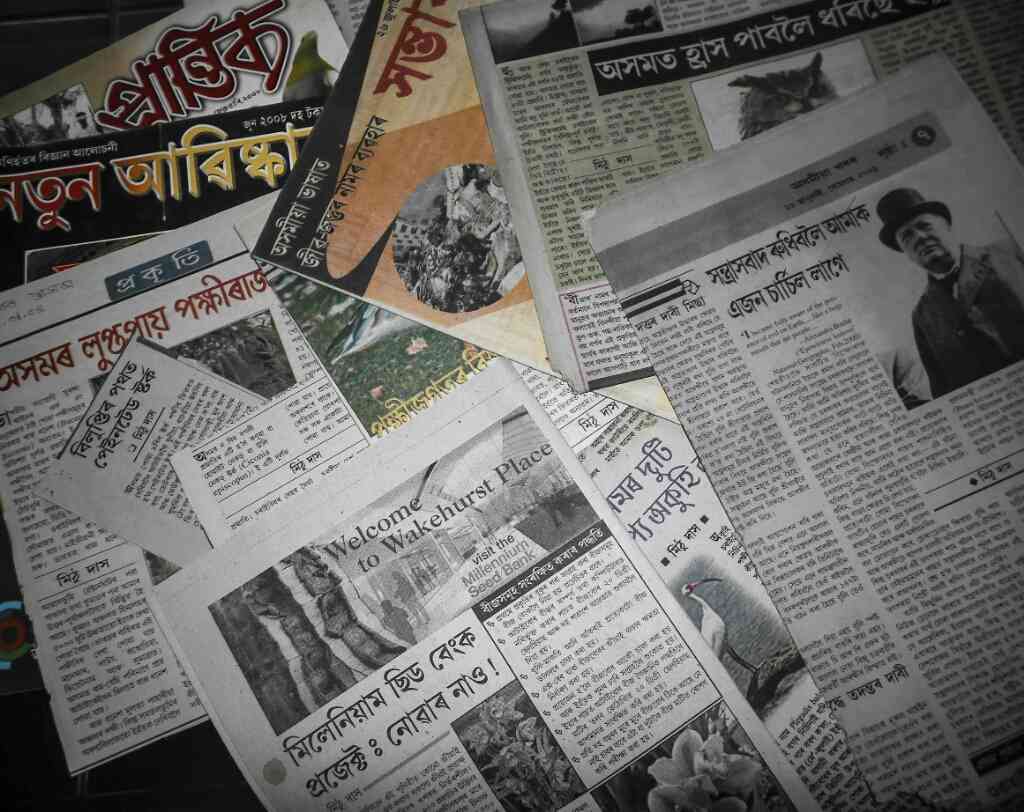 Image of the articles written by Mithu Das in Assamese language 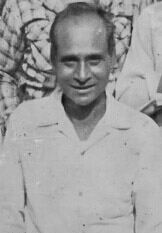 We grew up living side by side with Assamese language, speaking Bengali at home and Assamese outside. My father, Late Mr Sudhir Das, a Silchar-born Shylet Bengali, was very fond of Assamese language. This is the reason why I and my four siblings were educated in Assamese. (My father came from Silchar to Naojan to work in a sawmill in the early nineteen-seventies; there he met my mother, a Kayastha Bengali from Bokajan, and married her; and after I was born, in 1973, they moved to Golaghat town in search for a better life.)

Like my father, I—and my four siblings—too love Assamese language. In fact, as a pupil I always enjoyed reading Assamese in prose curriculum. I can still remember some of the prose which I often enjoyed reading loudly at school as well as at home, i.e. the prose: (i) how a group of villagers trying to chase a rhinoceros that mistakenly entered into their paddy fields; and (ii) how a man holding two big fishes and a tortoise in his hands and proudly saying how cheaply he has bought them from the market (Nor bat pavo mass aru ati kasso, baro tokat kini ano kio baru nasso); and the poems: (i) the quarrel that goes between the elderly couple (Ek assill burha burhi); (ii) O flower, o flower, why doesn’t you bloom? (O Phul O Phul Nuphulo Kiyo?); and (iii) how beautiful my village is (Huwoni ammar gaon khon ati).

After I completed my primary education (I’d stayed in class 3 for two years), my father told me to prepare myself for the entrance exam that was set by Golaghat Government Bezbaruah Higher Secondary School or Town Hindi High School. (In those days, a primary school-leaver might need to do well in entrance exam to gain admission to these schools.) I sat for the exam at Hindi High School but I didn’t able to pass it. Apparently, I had been enrolled at Golaghat Phanidhar Bordoloi High School (PBHS) which (luckily!) wouldn’t set any entrance exam for primary school-leavers.

When I was studying in class eight, at PBHS, I read the first book out of my school curriculum. It was a general knowledge book beautifully written in Assamese language. At 16, I started going to the library, along with one of my best friends, Sanjive Kumar Singh. (In those days, Golaghat District Library was situated right beside the main building of Kushal Konwar Balya Bhawan.) Though it was a small library, it was full of books available in four languages - Assamese, Bengali, English and Hindi. Needless to say, the majority of books we borrowed from the library were Assamese.

I passed matriculation exam in 1990; and according to my parents, I was the first person to go to the college in my parents' family.

Between November and December 1991—when I was studying at Golaghat Commerce College—I had written a few articles in Assamese language, one of which was published by a highly circulated Assamese monthly Bismoi. I was 19 at the time and I felt quite excited to see my name in printed letters.

Sadly, in July 1994, my father, who had been working in Malpani Timber & Co., met with a dreadful accident while he was operating a generator on overtime. His right hand from the wrist was severely damaged and it bled profusely. He was immediately admitted to Bina Hazarika Nursing Home but after two days—when the doctors had failed to stop the bleeding—he was eventually transferred to J. J. Memorial Hospital & Research Centre in Dibrugrah, where, on July 22, he died.

After my father died, I had to quit college and shouldered the burden of my family. Unfortunately, the Malpani Timber & Co.—except paying the medical bill for my father’s treatment—didn’t pay us compensation for my father’s death in the accident. Of course, they offered me a job in their company which I unhesitantly accepted.

I worked in Malpani Timber & Co. for one and a half years until I was posted at Koilamati (Karbi Anglong) where I catched malaria. I came back home with a bad health, visited at doctor’s chambers (accompanied by my mother), bought a lot of medicines, and returned home and let my body rest heavily on the bed for several days. When I got well, I resigned from the job and immediately involved myself in odd teaching jobs. (Still, sometimes, my mother bemoans the fact that we had been cheated by Malpani Timber & Co.)

Those were the struggling days of my life, and believe it or not, between all these unfortunate incidents, I had never ever stopped reading books or practising writing.

Below are my articles written in Assamese language and published by Assamese newspapers and magazines from 1999 to 2009. Unfortunately, some of the articles, including the first one which was published by Bismoi, have been lost. (Luckily, the letter from the Bismoi is still in the cupboard.) 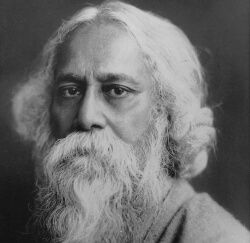 A Song For Optimists

The patriotic song Ekla Chalo Re, written by Rabindranath Tagore, in 1905, is still remains as popular as it was 113 years ago.