The Death of Shakyamuni

The Death of Shakyamuni 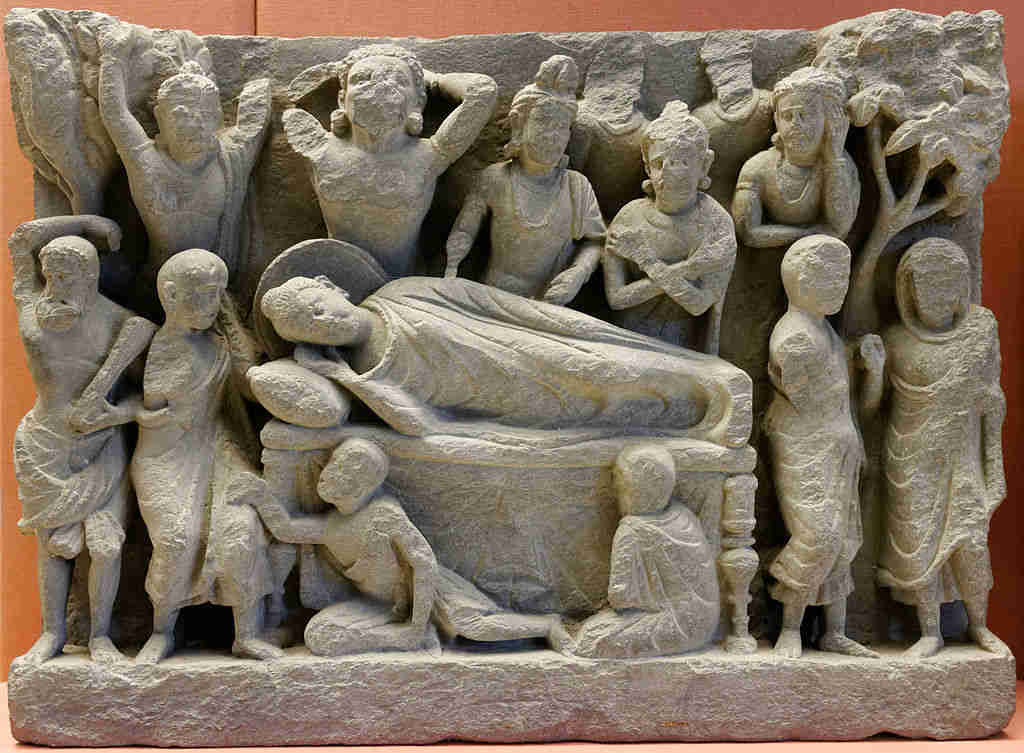 The Death of the Buddha.


Before he died, the last message Shakyamuni Buddha gave his disciples was: "Be a torch unto yourselves".


It was December, 482 BC(?), Shakyamuni or the Buddha—who was eighty years old then—was en rout to Kuśināra (present-day Kushinagar, Uttar Pradesh, India). He was accompanied by Ananda, his first cousin and a close companion, and several other disciples.

In the late December, they crossed the Ganges river and arrived at a village called Bailva. There they stayed for a few days, begging house to house by preaching Buddha's thought among people. Suddenly, one day, the Buddha was taken violently ill. He was writhing in pain around on the bed. His disciples thought he was dying.

Seeing how his disciples got nervous, the Buddha told them not to worry about him. "I'm not dying," he said. "There are still three months to go before I enter nirvana. But before my time comes, I'll introduce you with the Rule of Conduct without which my Doctrines won't be completed."

Miraculously, two days later he recovered. His students were greatly cheered by seeing their Master regained health. Happily, the next day, they started their journey again—to Vaishali. It is believed that during their stay at Vaishali the Buddha delivered his last sermon to his students: "Be a torch unto yourselves. Be a refuge unto yourselves. Let truth be your torch and your refuge, and seek no other. And he who either now or after I have gone shall be his own torch and his own refuge, he who shall take the truth as his torch and his refuge shall be my true disciple, who knows what he should rightfully do." (Parinibbana Sutta)

After spending a few days at Vaishali, the Buddha, with his few disciples, headed for Kuśināra. They had reached Kuśināra—probably in the early of 483 BC (?)—and stopped at Cunda's mango grove. Cunda, who was a blacksmith, greeted the Buddha with namaskar. "Gurudev," he said, "do me the honour of taking your meal at my home tomorrow."

The Buddha accepted his invitation.

The next day they arrived at Cunda's house and took their seats. Cunda had their cook prepare pork and other delicacies for the sage and their companions. When the food was being served, Buddha pointed out the pork on his plate to Cunda and said, "Nobody except me could eat this pork food. Do not give it to anyone—even to my disciples. Let them partake other delicacies."

After he finished eating, he said to Cunda, "Bury deep into the ground what have left of the pork food. Make sure no one could touch it."

Then he left Cunda's house. The students followed him. But no sooner had they reached their camp, than the Buddha felt sick. His stomach was hurting. Ananda started to weep and cursed Cunda, for offering the Master awful food.

"Don't blame Cunda," said the Buddha. "He has performed his duty by offering food to me. Of all the food I have ever eaten, two are the most wonderful: One that Sujata offered to me and the other that Cunda served to me."

After taking rest for a while sitting under a mango tree, the Buddha felt a lot better. Then he walked to the Kakutstha River and took a dip in it. There was a fig tree on the bank. He sat under it and drank some water. Then he promptly declared to his disciples that the time had come for him to enter parinirvana. He told Ananda to build a bed for him in the jungle of Kuśināra. He was asked to mind that the bed he would build had to be placed between two pairs of trees and north-south direction. Ananda protested that he would not let the Master to die into a jungle. But the Buddha reminded him how Kuśināra was once Kusavati ruled by the King Mahasudassana.

Eventually, the bed was made between two pairs of sal trees—and the Buddha reclined on it. He lay down on his right side, his head—which was facing to the north—was resting on his right elbow and his left hand on the hip. There was no sign of fear or dismay on his face. He looked serene. He asked his disciples if they had any questions for him. They had none. The Buddha said, "Impermanence is inherent in all things. Work out your own freedom with diligence." Then, opening his robe, he came into a meditative position and entered Mahaparinirvana.

Among the people witnessed Buddha's passing many were Hindus and non-Buddhist. They all were mourning the death of the great sage. Shaven-headed disciples were weeping bitterly. It is believed that more than thirty animals had joined the ritual. The sal trees blossomed while Queen Maya, Buddha's mother, descended weeping through its top branches.

It is said that the historical Buddha Shakyamuni was died of dysentery. However, it remains controversial how he was afflicted by it—after eating pork or mushrooms. A research paper published on the Journal of Medical Biography, in 2005, argued that tainted pork may have led to his demise. "He succumbed to the disease pig-bel, a necrotizing enteritis caused by the toxins of Clostridium perfringensinfection."

The exact date of Buddha's birth and death is not known. Many scholars believe that he was born in 563BC and died in 483BC. The Japanese observe the Parinirvana Ritual on 15 March.


Sources: The Life of Buddha by Andre Ferdinand Herold [1922] tr. from the French by Paul C. Blum [1927]; Buddhism: Its Doctrines & its Methods by Alexandra David-Neel; Life of the Buddha: A spiritual journey (BBC); Wikipedia; Kyoto National Museum (https://www.kyohaku.go.jp/eng/index.html); https://www.matthieuricard.org/en/blog/posts/kusinagar-where-the-buddha-passed-into-parinirvana. 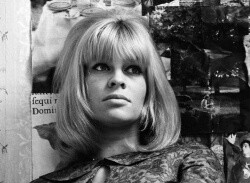