The First Car In Nepal 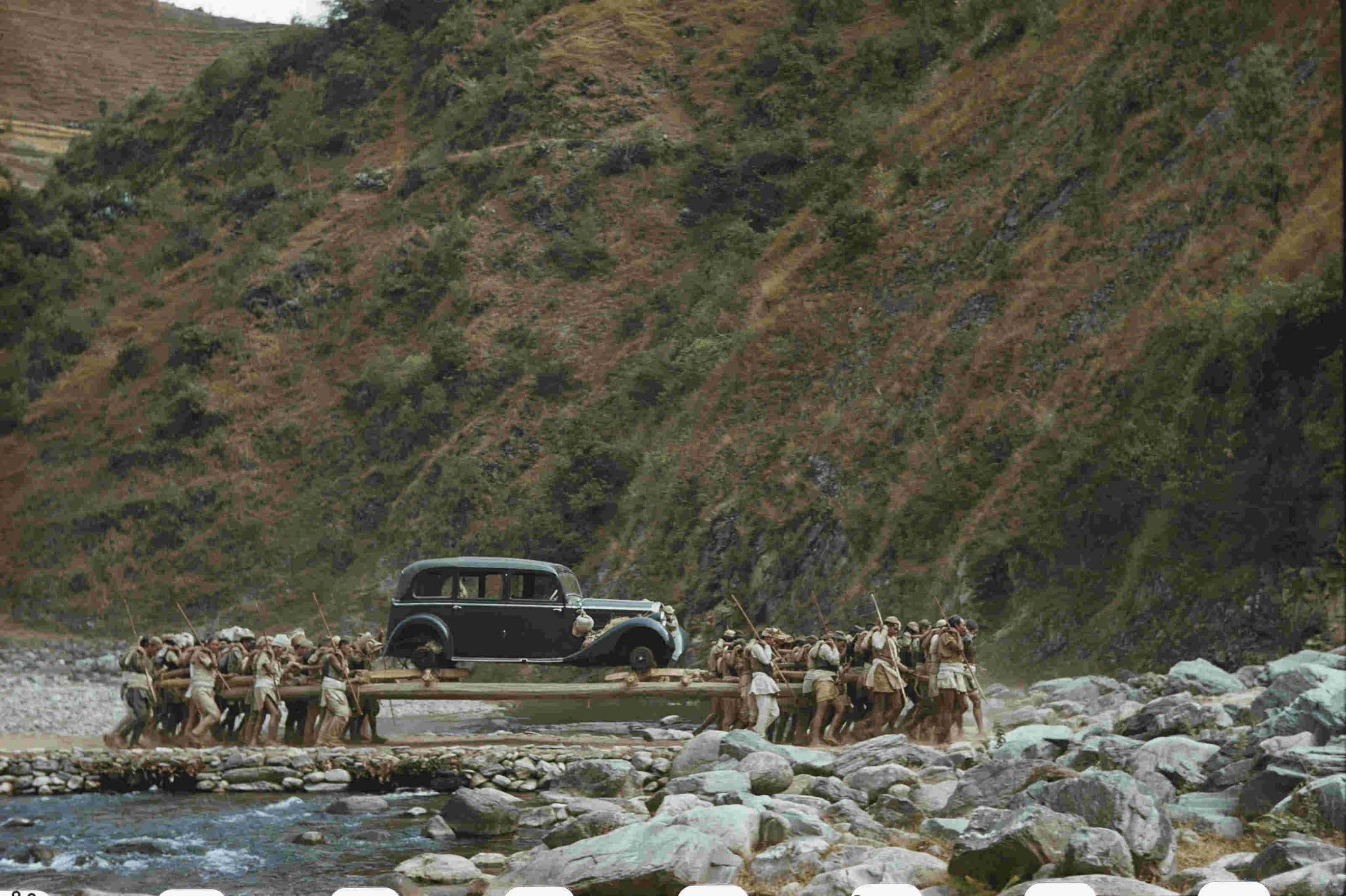 A green Marcedes was carried over a rocky river by a team of sixty-four porters in 1949. Photographer: Voklmar Wentzel. Image courtesy: Christie's.


(This speech was written for the morning assembly of Shree Bhagrati Academy, Dipayal-Silgadhi, Doti District, Nepal.)

Today I, Saksham Malashi, from class IV, is here to put across my views on the topic "The First Car of Nepal".

The first car was rode in Nepal by Britain's Prince Edward VIII in Kasara at Chitwan, near India-Nepal border, in 1922. Seeing the car, the Ranas immediately placed an order for a similar car. Unfortunately, in those days there were no motorable roads in Nepal, nor was there petrol to run a car. So porters were hired to carry a car on their shoulders. According to the Nepali Times, cars bought at that time were brought to Calcutta by ship, driven sometimes up to Bhimphedi and then carried over the mountains by porters—to Thankot.

It is thought that till 1950 several cars were bought by the Ranas and Shahs. By one account, Adolf Hitler gifted King Tribhuvan a Mercedes Benz in 1938, in hope that the King would not join the British side in World War II.

After the Tribhuvan Highway was opened, in 1957, people stopped carrying cars on their shoulders. Today, more than 3 million motor vehicles ply across the country.

Mithu Das
I'm from Golaghat, Assam; presently, residing at Bisarniya, Rajasthan, teaching English at OASIS Star Academy Bisarniya. Last year I was in Dipayal-Silgadhi, Nepal, where I taught English to students from Class IV to VIII in Shree Bhagrati Academy. I often write in my Blogger blog ASSAMBIRDS which, like a cover of a book, you can't judge it by it's name. Previously, I wrote in Assamese language. Follow us on Twitter   Facebook   Google+   LinkedIn. Subscribe to our Feeds; or, contact us here. Visit our image gallery at Nat Geo Your Shot