A Two-Hour Journey On A Local Train In Golaghat: Images

By Mithu Das July 09, 2022
A Two-Hour Journey On A Local Train In Golaghat: Images 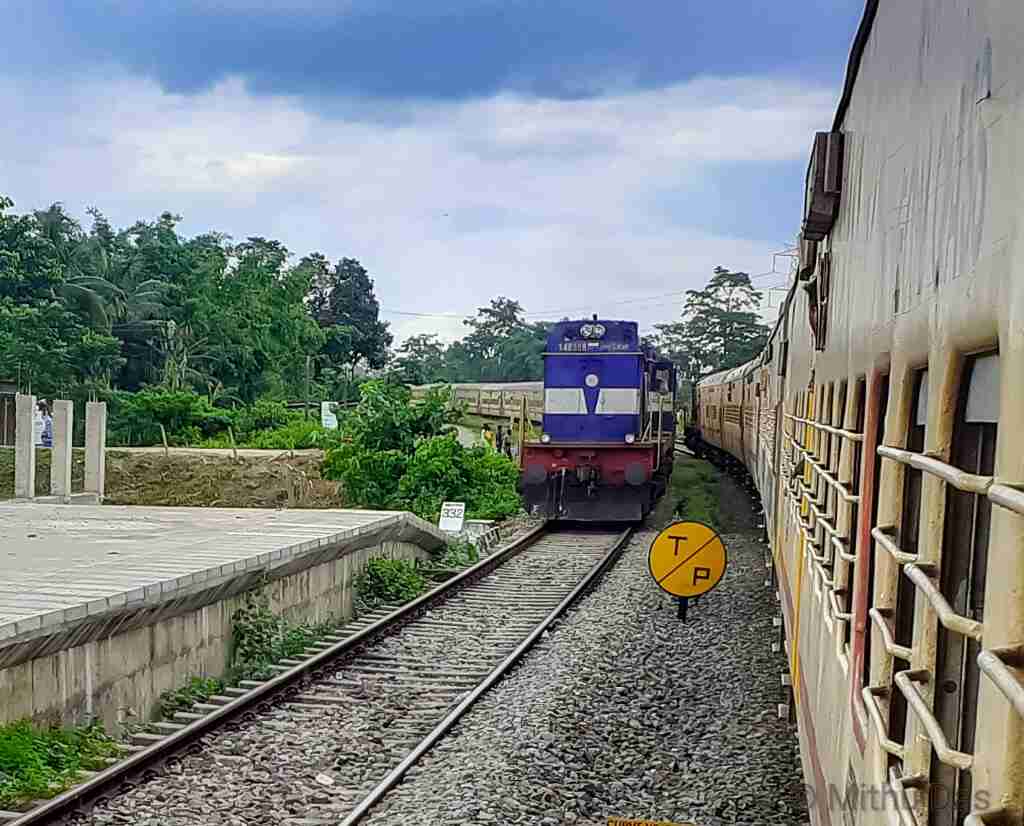 Last week, I made a short journey on Tinsukia-Lumding Express—from Furkating to Bokajan. On the way, I captured images of rivers, paddy fields, running vehicles, waiting passengers on the platforms.

"Your attention please!" I heard the train announcement as I was sitting on the platform at Furkating Railway Junction. It was 2:00 pm, and it was a very hot day. The sun was burning like a red ball over the sky. The sky was blue and below it floating wisp of white cloud. The platform was half-full with passengers who were sitting on the benches. Over their heads were moving electric fans.

"Your attention please! Train No.15902 Tinsukia-Lumding Express is arriving shortly."

The passengers seemed to be alerted by the announcement. Some stood up from their seats, grabbed their bags and slowly started to walk towards the train ramp. Others were still passionately sitting on the benches. A few minutes later, I could hear the sound of the train horn: the train was approaching towards the station. Within a minute, it entered into the station, slowly, and the sound of the diesel engine pierceing everything around us.

Passenger trains often carry more people than its seat capacity. But today it was an exception—the train was half-empty. I got into the coach which had stopped right in front of me, and I took a seat by the window. Near my seat, on the other side, was sitting two elderly couples. In front of them was sitting a teenage boy who was busy playing games on mobile phone.

After ten minutes or so, the train blew its horn and started to move. Immediately everything outside the window slowly started to move in the opposite direction: the station buildings, empty tea stalls; a closed rail gate and long queues of cars and bikes in front of it; shops along the roads; houses; an overbridge, etc. Soon the speed of the train increased and the whole scenery in front of me had changed abruptly: the shops and roads replaced by paddy fields and trees, and the houses by tea gardens.

The train was now speeding at over 80 Kilometers per hour and everything within few meters from the window was moving faster and faster in the opposite direction. As we were nearing Jamuguri, the speed of the train started to decrease, and after crossing Golaghat-Jamuguri Road, it slowly entered into Jamuguri Railway Station where it stopped for a few minutes. There some passengers got off the train and some got into it. After sometimes, the train started to move again and soon it crossed the railway bridge at Dhansiri river. Though the river was full of muddy water, it looked breathtakingly beautiful.

From Jamuguri one can see paddy fields and villages along both sides of the railway tracks until they reach Bhilgaon. After Bhilgaon comes Barpathar and Sarupathar town, Naojan and Chongajan, and at last Bokajan. I took as much as images of everything that was on motion along the way.